What would life be for an African-American cowboy at the turn of the 20th century in the American West? Charlie Glass’ story gives us a clue: you’d need “grit, ingenuity, and the cow-punching skills and character to earn the loyalty of cattlemen from Moab to Thompson Springs to Cisco.” Working faithfully for the Turner, Osborn and Cunningham ranches, Charlie was known for his fierce loyalty to ranch bosses. His reputation was burnished in 1921 when he fatally shot an aggressive Basque sheepman in self-defense. Upon his death, Charlie was buried in the Turner family’s plot, at a time when African-Americans were barred from being buried in the Fruita, Colorado cemetery. 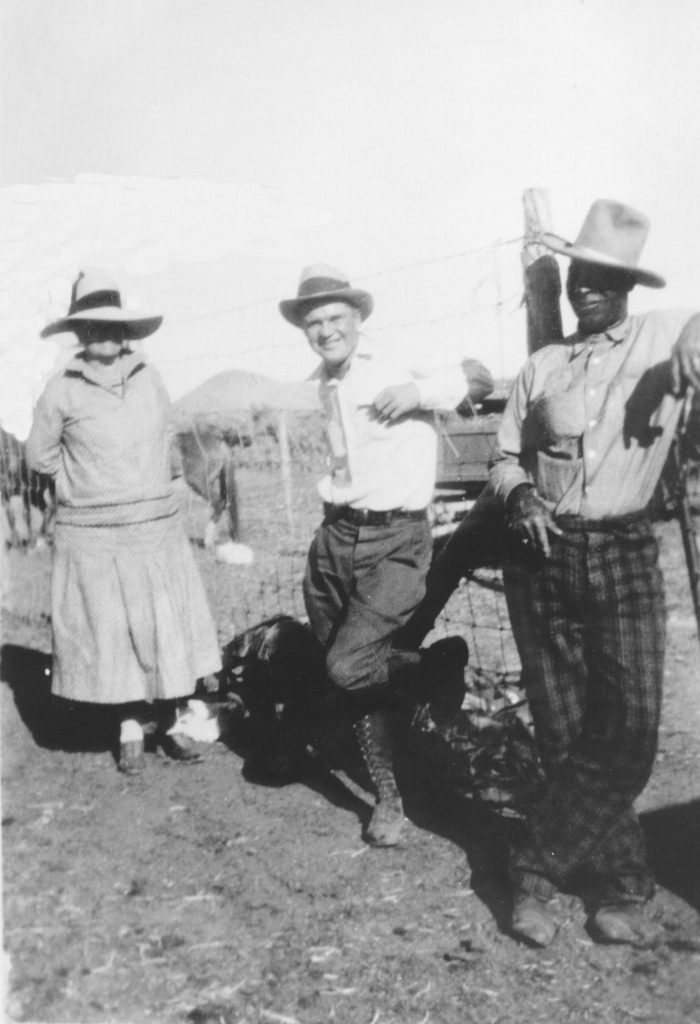 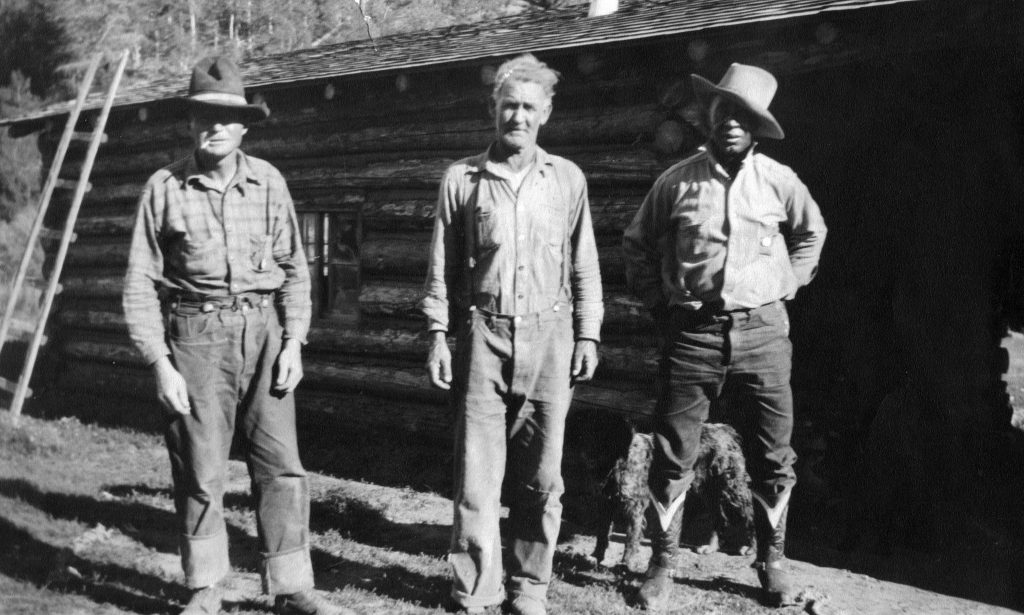 Charlie Glass with May and Moore 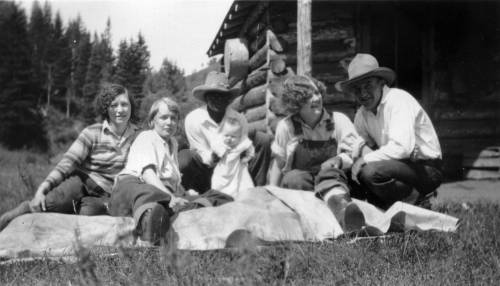 Charlie Glass and others 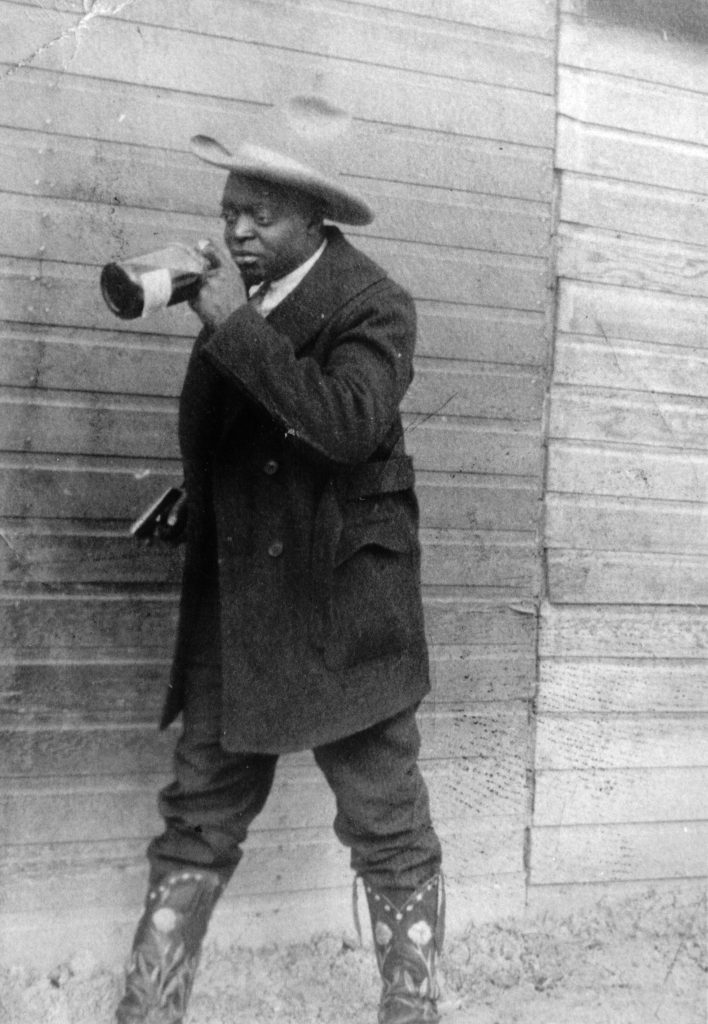 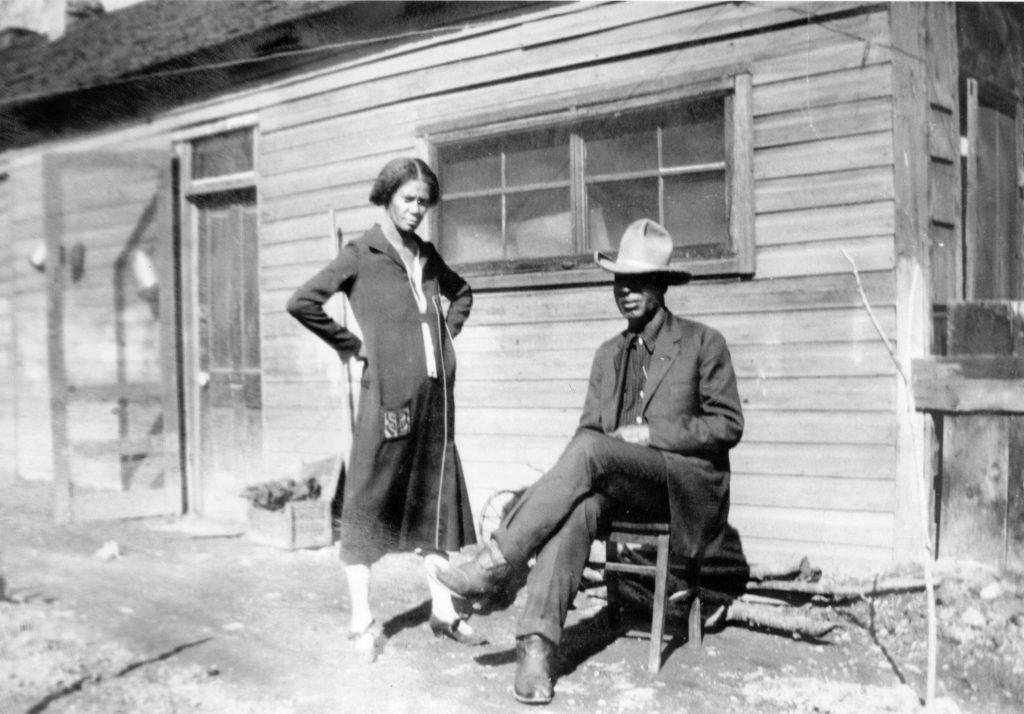 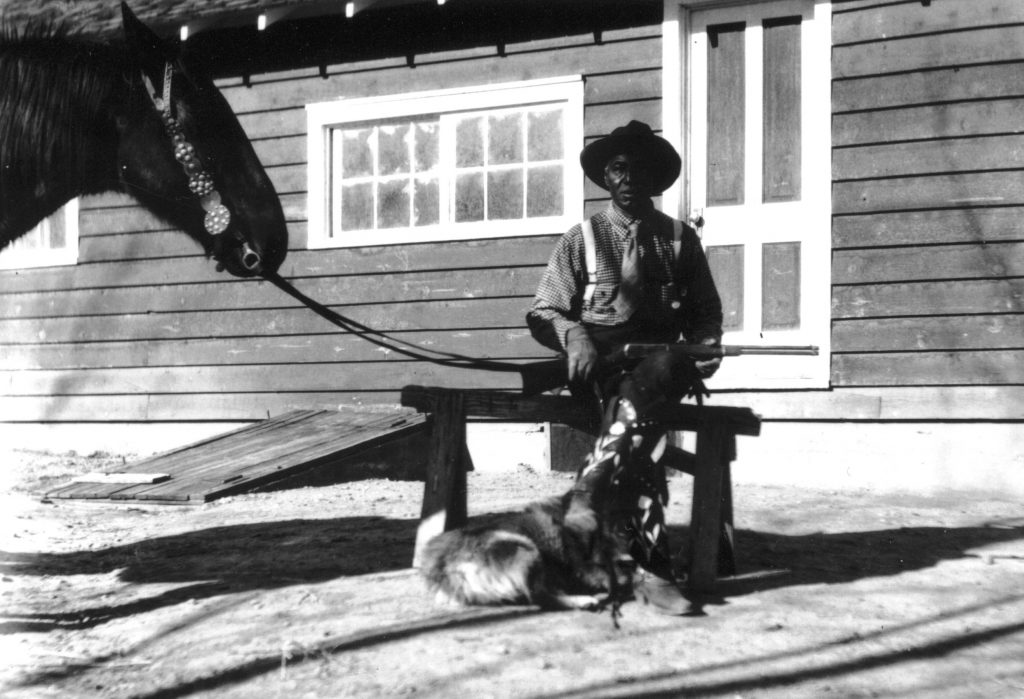 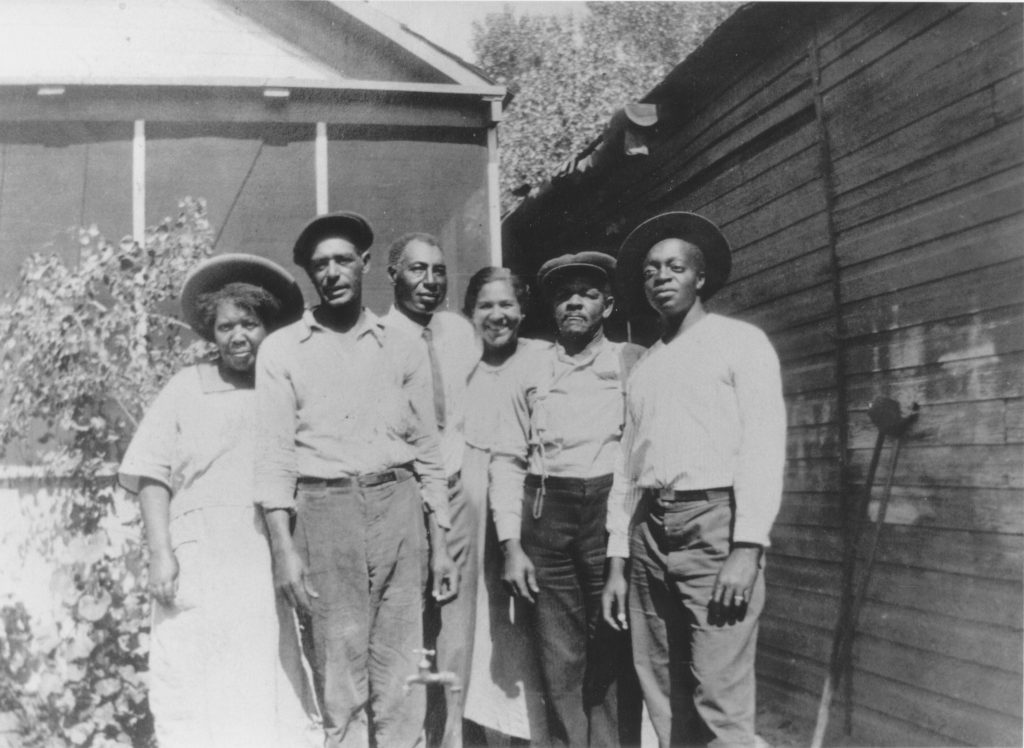 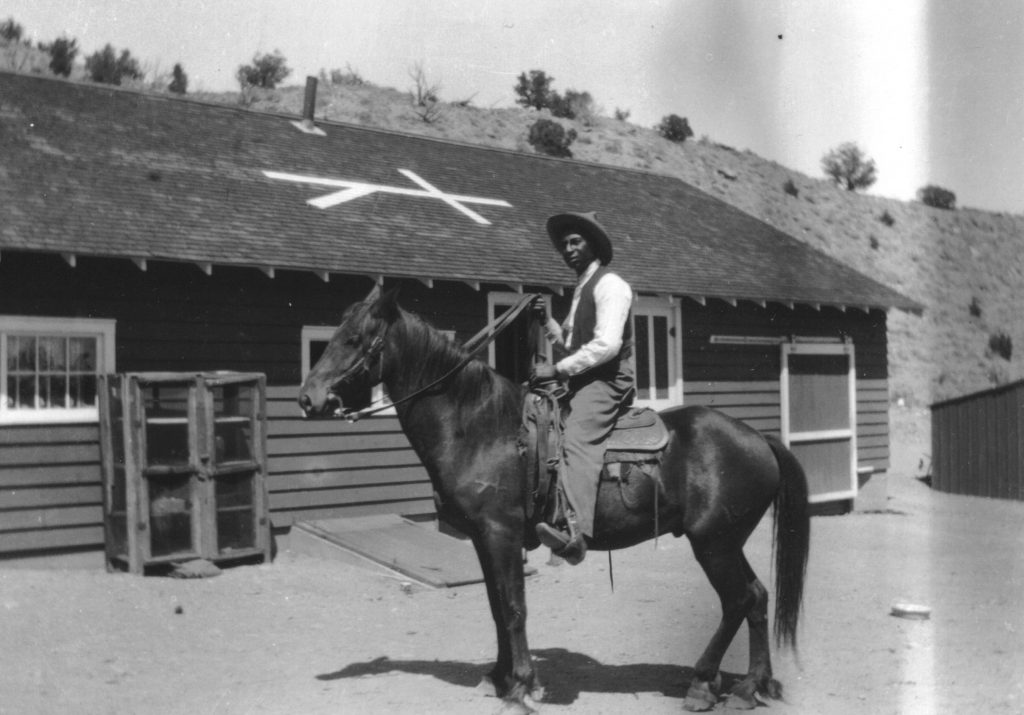