The Moab community has long cherished the Museum’s most iconic artifact that regional native Americans call a load-bearing basket. The basket was discovered in 1990 by teenagers David York, Travis Hoag, and Steve Walden, in the cliffs that rim Moab and Spanish Valley southwest of town. At a time when few archaeological excavations had been conducted in the Moab area, the basket provided important evidence of early inhabitants in the region.

According to the Hopi, basket making is a form of tuhisma (meaning “skilled craftsmanship”) and navoti (meaning “knowledge”) to express the tribe’s identity and history. This large coiled basket has been dated to 855-1020 CE. It is made of stitches interlocked on a two-rod-and-bundle bunched foundation from willow, yucca, and possible sumac plant fibers. Intentional piercings in one side of the basket indicate where a band may have been attached, allowing its carrier to wear the basket from the forehead, as suggested by similar basketry in historical photos. The portion of the basket’s rim which would have been in direct contact with the back of the bearer has been worn over time, and a dark stain suggestive of sweat and dirt appears where the basket would have rested against its carrier.

For the Hopi, and many native Americans, Kyaftsi (a respectful relationship to the natural world) is necessary for sustainable stewardship of the local environment. One is mindful of only taking what is needed and in return, can be a part of the ancestral connections to the cultural landscape. It is likely that the artist who constructed this basket would have been aware of the local environment, its growing conditions, where to collect basketry materials, and the plants valued for their color dying properties, such as wild green stem teas. One of the most unique aspects of this treasured object is a decorative geometric motif visible on the basket’s exterior that was created by weaving dyed fibers together or by applying a pigment after its completion. 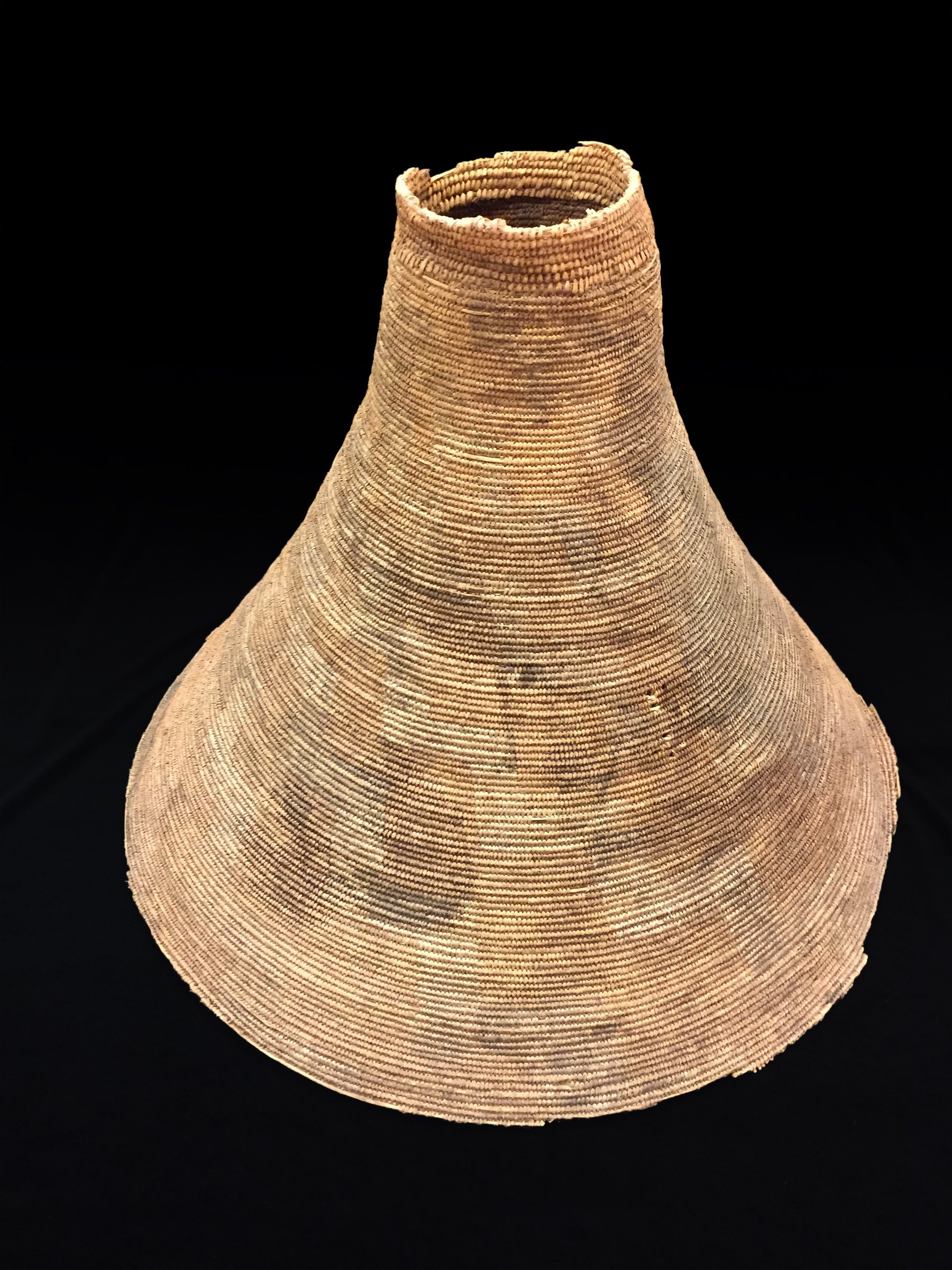 Photo by Jonathan Till