The youngest child of one of the first Euro-American families to settle in Utah, Murphy’s father Felix marched with the Mormon Battalion, the only religion-based unit in U.S. military history. Murphy worked in farming, ranching, prospecting, and surveying – and was an accomplished artist and singer-songwriter. He authored The Moab Story and was elected County Attorney, only to sue the Board of County Commissioners for offering him a $10 annual salary rather than the $1,000 per year his predecessor earned. Murphy’s legacy is found in the places that bear his name, including Otho Natural Bridge in Mill Creek Canyon and Murphy Lane in Moab. 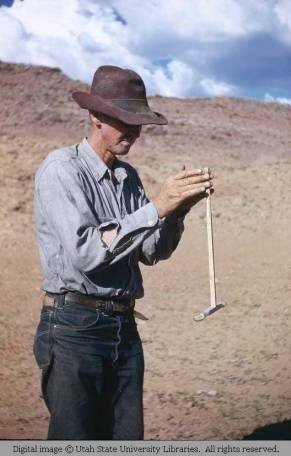