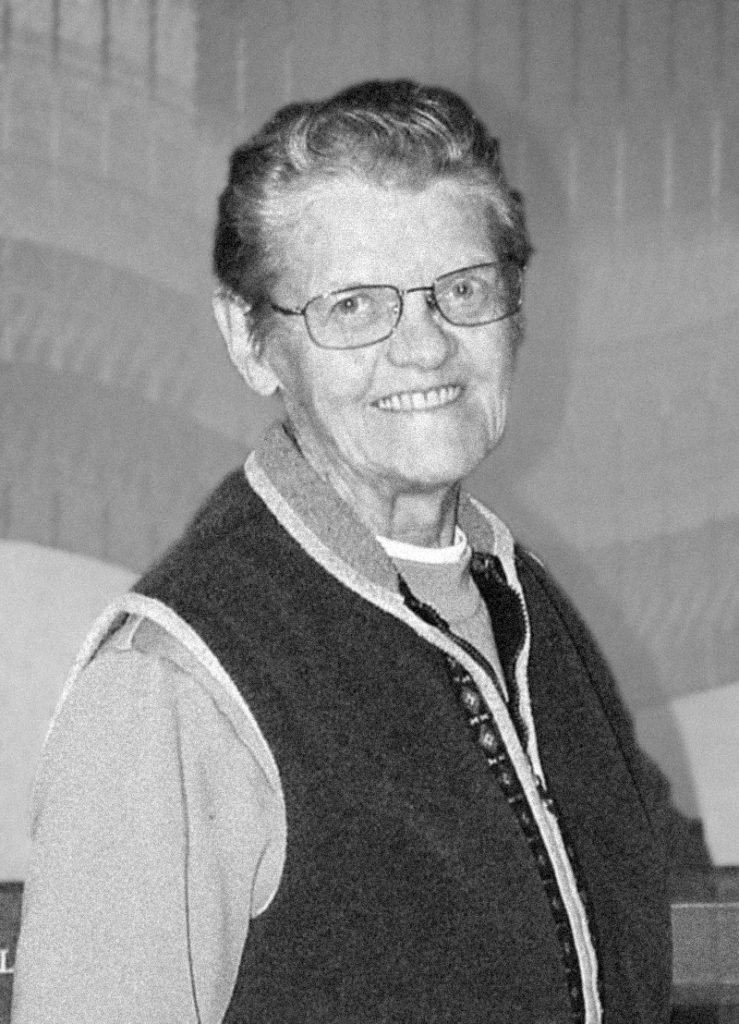 I worked at the Westerner Grill. When Moab got their little sewing factory, Fritzie, It was Moab Sportswear to start with. I worked there for 7 years. I worked at the Westerner for 11 years. And I worked at the Atlas Mill. I was a ten-day mill hand. That was hard work. I shoveled the ore onto the conveyer belt that spilled off. Eight hours of that, I could not do. So I was only a ten day mill hand. Then I went back to waiting tables. You’ve heard of ten-day miners. They only work long enough to get one payday and then they are gone. 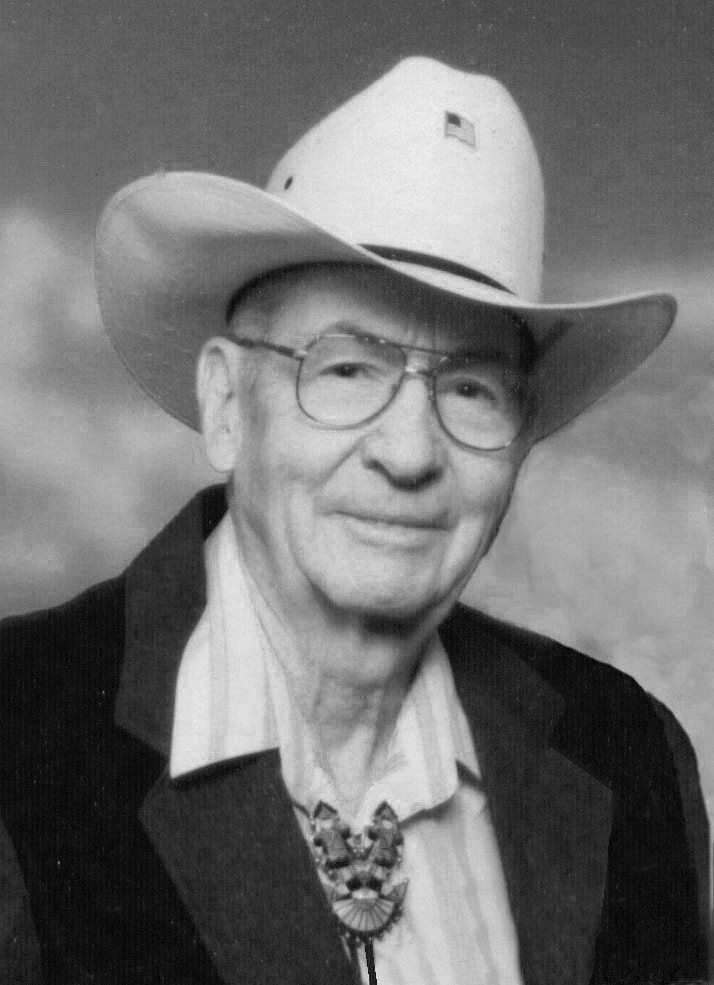 My mother’s name was Isabella Beggs McCollum Provonsha. She was born in Moab on December 25, 1897 in a log cabin located where the Wells Fargo Bank is today. Her father was Daniel McCollum who came to Paradox, Colorado about 1878. The exact date he started to operate the first sawmill on the LaSal mountain is not known but his last ledger showed it was in operation in 1889. He sawed lumber in LaSal Pass, Old LaSal, Buckeye and Pine Flats areas. He furnished lumber for the old water flume on the San Miguel River below Uravan, Colorado, hauling it (lumber) down through Roc Creek with oxen to the San Miguel River. The lumber he delivered to his Moab customers was hauled through LaSal Pass and down Pack Creek. He married Helen Grimes on December 13, 1893. He said the sawmill was no place for a woman, so he sold it to a man who had worked for him, Tom Branson. He started working for Pittsburgh Cattle Company at LaSal as the ranch foreman. Helen Grimes family included some of the first settlers in Paradox, Colorado. 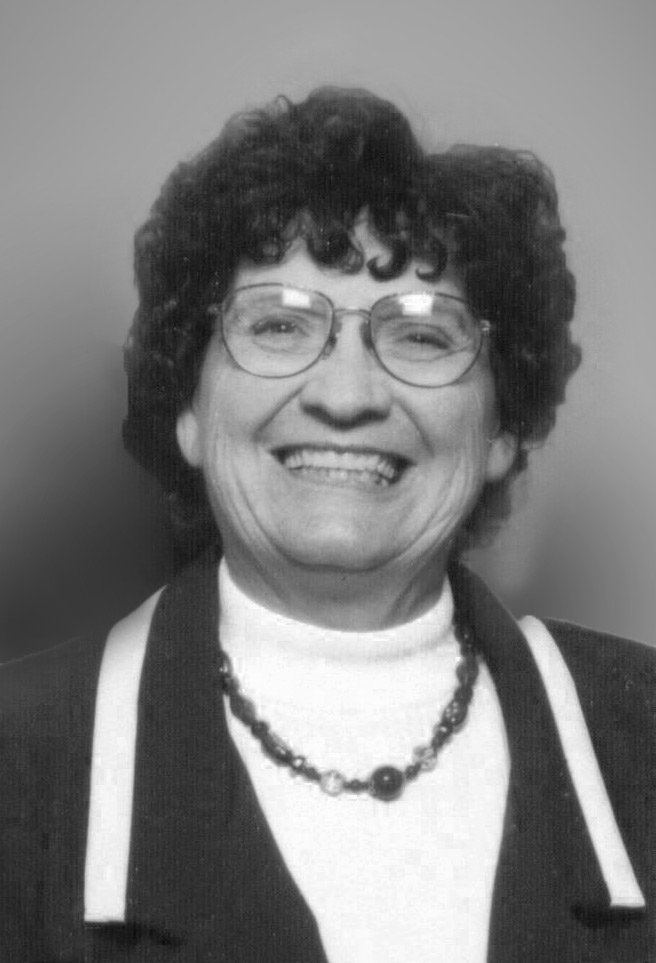 I was just a member, but Lloyd Pierson was the first curator. When he was assigned to another area and left Moab, Ross Musselman came to visit me. He said the board was wondering if I would take over as curator of the museum. I told Ross, “I’m flattered but there is no way I can consider taking that now. I have three apartments coming up vacant and I’m going to have to paint. The kids have got some things to do and Harold’s Dad and Mother were gone on a three-month trip. I was taking care of their mail. See if you can’t find somebody else. I just don’t see how I could possibly do anything before two or three months from now when things calm down a little.” Well, when we got the Times Independent the next week, Ross Musselman had announced that the board of directors had decided that Billie Provonsha was the new curator. That’s how I became curator of the museum.

He was a great teacher. We lived out past the hospital at the time. Every kid down there that could not ride the bus, got together and we all walked to school. H. B. Evans lived down there, too. There were about 10 or 15 of us trailing along behind him, singing, “March, March, March!” In school, he was the best science teacher. He would give you an assignment to do, but someone would say something, or ask a question and we never heard about the assignment again. He would go off on another subject; same thing the next day. When it came time for a test, he’d say “You are going to have a test today”. But guess what he tested on? What we had talked about (not the assignments). 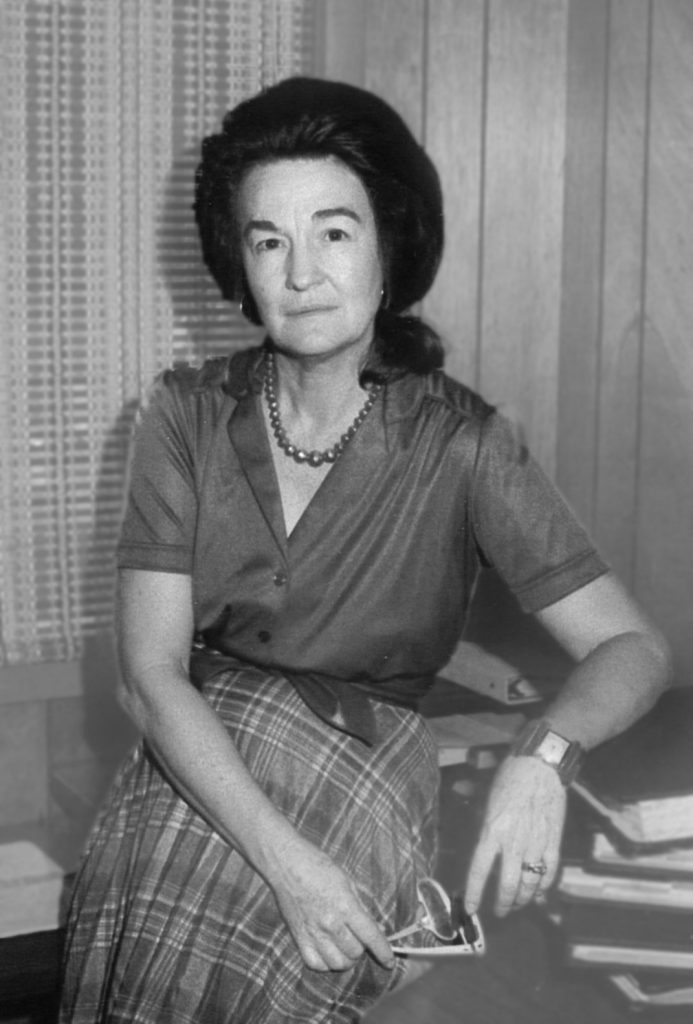 Well, at first they were going to build a Mill Creek Dam and they were going to build it over here at the head of the left and the right hand of Mill Creek. That’s where the dam was first proposed. But then there was a dam failure somewhere in Idaho and it was a very devastating flood, so the committee decided no, they could not build the dam where it could flood a great number of people. So they planned to build the dam up in the valley where it is today. 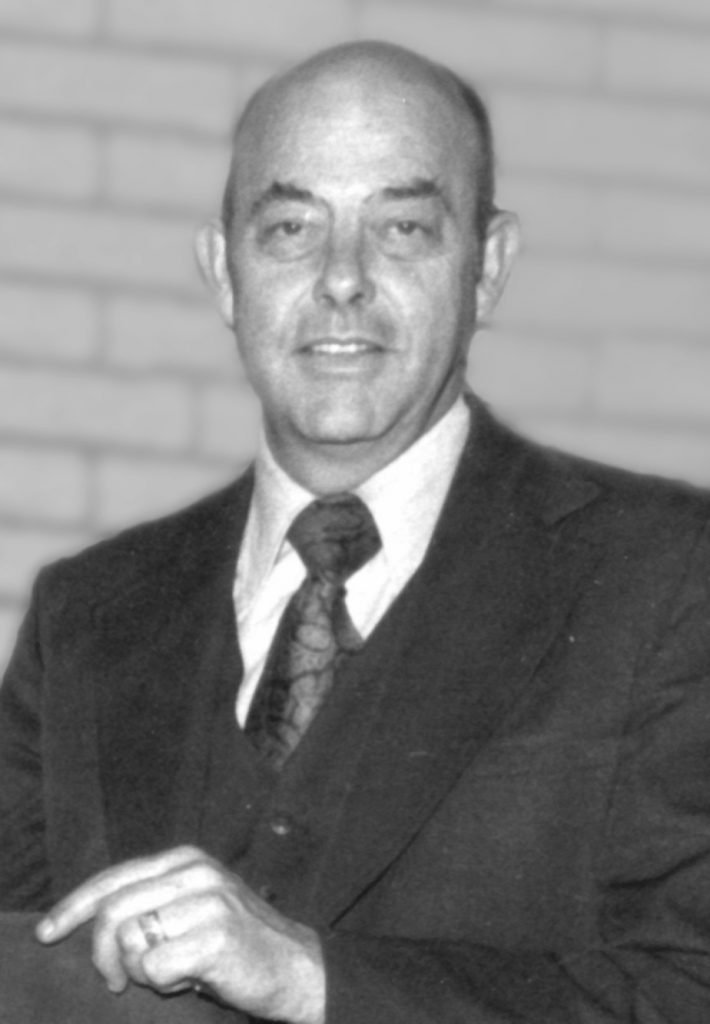 Switched my major because I found out in the three years time that I loved this job and I loved this town. That was 47 years ago. By getting the 14 credit hours and taking 22 hours a quarter for 3 quarters, which is kind of load, I could get the minimum requirements for a degree. So I did it. And during that 3 quarters, that 9 months, I made 29 round trips to Moab in 31 weeks. And in a way it was a blessing because we had two trains a day out of Thompson, morning and evening, and I bought an old car and I left it out at the depot at Thompson. I commuted back and forth on the train.

The superintendency is extremely time consuming. I spent a lot of time at evening meetings, on the telephone at my home, those kinds of things. I did belong to Rotary. I belonged to Elks for a while and said that’s one more than I can keep up with. The nature of the job says to you, “Stay out of politics.” You have to be someone in a neutral enough position that you can meet with and relate to whomever. In a small town also, your social life is very restricted. It was easier for Lyn and me to stay home than to go and listen to someone complain about Mrs. Brown’s history class. And so, it was just a lot easier to get a good book. 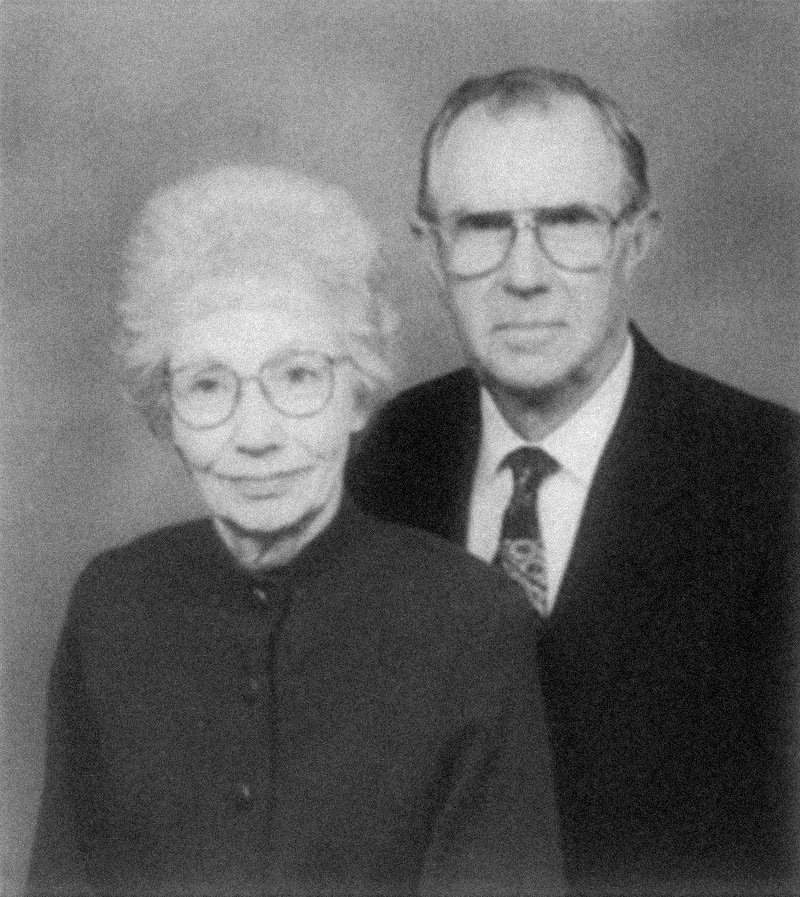 That’s one of the customers that Bud Walter Inc, was an _______distributor and we sold explosives to Charlie Steen, Bill McCormick, all the individual mines from 60 to63. In 1963 things started slowing down. They started backing off on some of the mines and Bud Walter wanted me to move back to Farmington. And I didn’t want to move back to Farmington, so another company, W H Burt Explosives, the company that we eventually bought, offered me a job. He wanted to send me to Riverton WY to run the location up there and I accepted that job. Went to Riverton for a year and then I went back to Farmington for four years, and then back to Moab in spring of 68, we bought W H Burt Explosives. 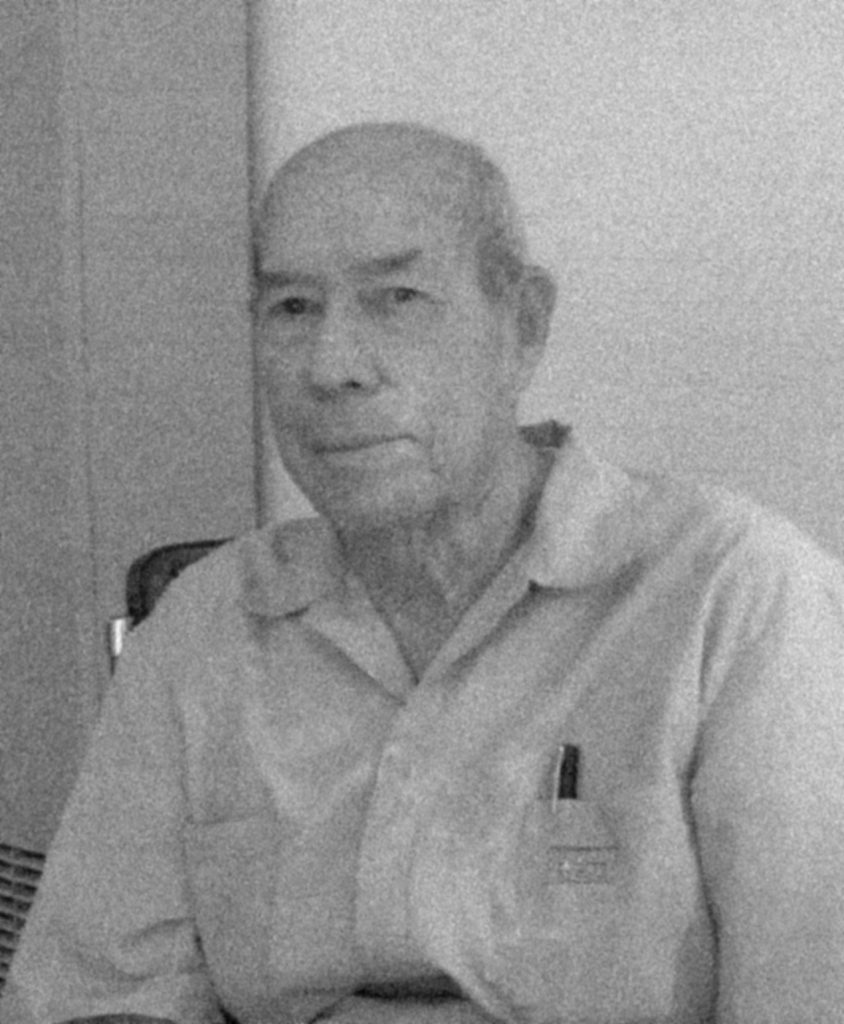 Buddy Cowger was checking some rocks that his kids had brought in. Charlie says “I got some that good” and so he went out and got these cores out of his old red Jeep. He brought them in there and Buddy put the counter on them and nobody had ever seen anything that hot before. When Charlie saw it he took off running, screaming to his wife, who was about 100 yards away, “We’re rich, we’re rich” and he ran right through a clothesline full of clothes and broke it down.