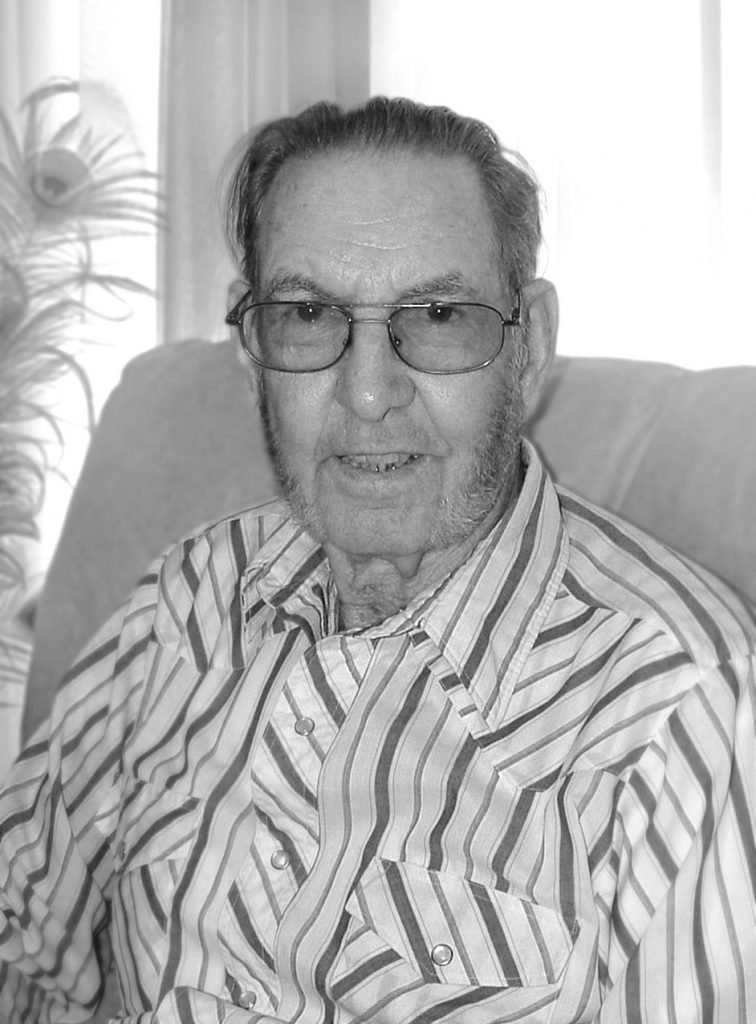 Q: What is your official name?

Q: What was your birth date?

Q: What was your father’s name?

Q: What was your mother’s name?

Q: Where were you born?

Q: If you were born in Price, when did you move to Green River?

Q: How many times have you been married?

Q: Could I get your wives names?

Q: Do you have approximate dates on those?

Q: Were you married to all in Green River?

A: No. When I got re-married to my wife, I was in Los Cruces, New Mexico. I was down there with the missile base.

Q: Can you remember where you were the first time you married her?

A: Yes, it was … where did we get married? We were right here in Green River.

Q: And the second wife?

Q: Do you have children? Since you mentioned you have them all coming for breakfast tomorrow, you must have kids.

A: I raised five. First and oldest is Connie, Teddy was the second one, then Sharon third, Lucinda, number four and Clinton, Junior, was the last one.

Q: Do you have approximate years they were born?

A: The first three I adopted and don’t know the dates. Lucinda was born in March of 1951, and Clinton was born the first day of April in 1955.

Q: You said you left Green River at some point. Where did you move to? Was that when you moved to New Mexico?

A: No, I was transferred. I worked on construction first, right around this area. Then I went to work for the missile base. I spent about 22 years with them, but they transferred me down to New Mexico and I spent ’71 and ’72 down there. I worked at the White Sands Test Facility.

Q: Your occupation was construction and then what did you do with the missile base in White Sands?

A: I was over the maintenance; I was an electrician refrigeration mechanic. And, like this job, they sent me down there to get it going.

Q: Did you stay in that until you retired?

A: No. In the missile base business, no. I was sent down there twice.

Q: What were you doing when you retired?

A: I was right here fiddling around farming. I’ve done maintenance work and worked farms on the side; fiddled around that way. When they shut this missile base down here, we moved into Mountain Home, Idaho, and built a Pershing site. I was up there a year, but I can’t remember the year. Then when we got it all built, they called White Sands and said, “The thing is ready to fire and ready to use.” So the Corps of Engineers came up there and looked around and said, “We can’t fire from here. It’s over a too highly populated area”. So that twenty million dollars went down the drain. About the next June they called me, and said we had a contract at El Paso on this big laser. “Why don’t you come down here and get it started?” I got on a plane in Boise at 40 degrees and got off at El Paso at 103. They moved me from Mountain Home, Idaho, to Alamogordo. I spent 2 years in Alamogordo.

I’ll tell you a story on that. Then they came along and we spent 2 years there and Johnny comes to Rollie “We’ve got a 5 year contract at Cleveland, Ohio.” We want you to go down there and start that one.” I said “Well, Johnny, I think I’d better go talk to the wife.” While we were raising our kids, we always talked about jumping from job to job and when the kids all got raised, we’d see the country. So I went home that evening and talked to Jean about it. She didn’t say much. Puttered around there and pretty soon she came back and said, “You know what? I think we’ve jumped around enough. Let’s go home.” We already had this home paid for; one of the daughters was living in it. I said that sounds like a good idea because there ain’t no way I was going to Cleveland, Ohio.

Q: So you did not go to Cleveland?

A: We moved back to Green River and I opened my own maintenance business. That’s what I did until I retired. And I did a little farming with it.

Q: For more background information, how big a family did you come from? How many brothers and sisters did you have?

A: Five, there were six total of us.

Q: How many brothers, how many sisters?

A: I have one brother; he was the oldest. I have 4 sisters.

Q: Let’s go back to the brothers and sisters. We are interested in further back in your family history. Was your father a Green River person also? Born and raised here?

A: He was born in Provo. To start with his Dad jumped his cows out up here at Thompson, out of the boxcars when they would come in to this country. And that is how Thompson got its name.

Q: Going to the historical aspect of it, you are saying that your grandfather is the one that Thompson Springs is named after?