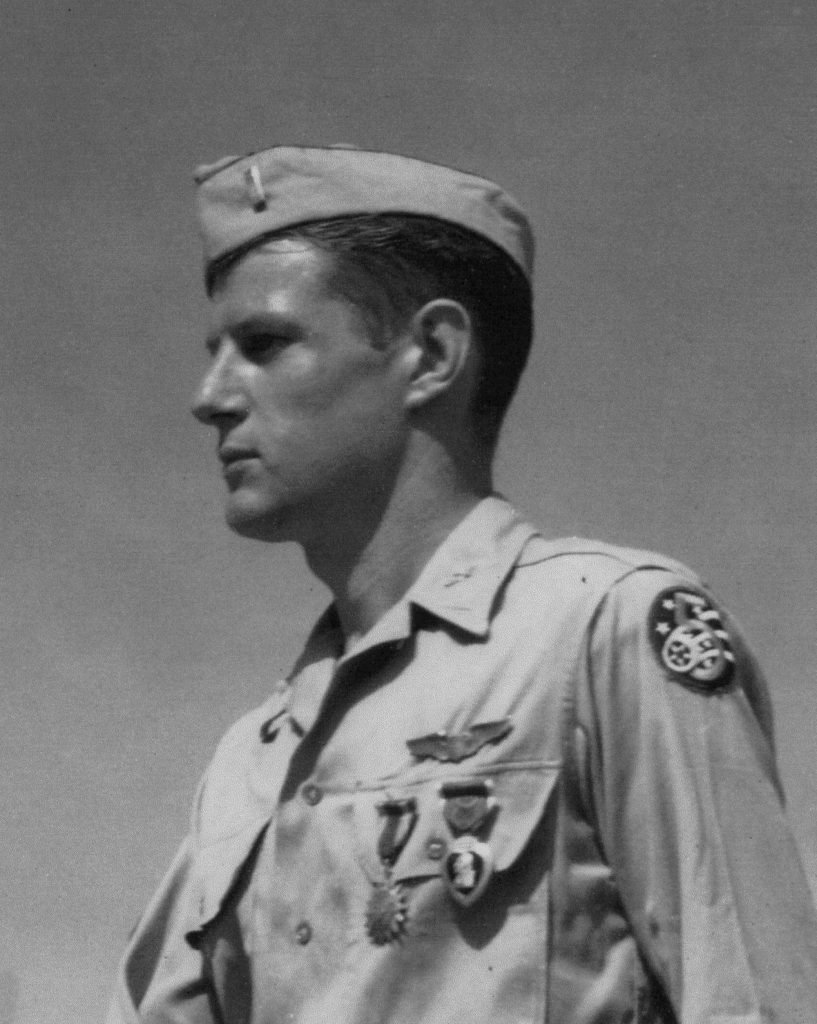 My name is Mitchell Marvin Williams. I am a native of Moab, Utah. My father was Moab’s first doctor in the 1890s. My father met my mother here in Moab, they were married May 19, 1900, and had 5 children, 3 boys and 2 girls. My father brought all of his children into the world. I am the youngest and my father was 62 years old when I was born in 1916.

Growing up in Moab was great with wonderful cliffs to climb and sloughs to raft. My friends and I built rafts before we were even old enough to raft the river and we used them to fish for catfish in the sloughs.

When we were in high school, the river was beckoning. I built a boat with 2 or 3 friends. Someone found an old car engine, someone else found the drive line and I scrounged up some of Dad’s lumber. Everyone brought what they found and we put it all together. We got the car engine running and we sought a lot of advice from the older people around who knew the river and how to build a boat.

On one trip, there was a lot of slush and ice on the river. The water ran through a funnel on one end of a pipe, through the engine to cool it and then was dumped back out over the side of the boat. We didn’t know it at the time, but the slushy water was much too cold, but the engine ran anyway. Several times the funnel had ice jammed in it. We had to put our hands in the freezing cold water and use old rusty nails to clean it out.

My first time on the river was with my father. Father was very good on the river. He had 2 ranches and one of them was difficult to reach by land, so he usually accessed it via the river. On land it took 2 days on horseback over the red rocks and over the top. The trail came off of the red rocks and down to the river. Once you reached the river, you were actually below the ranch, so you had to follow the river bottoms back up to the ranch. (The river bottoms were dry.)

I went to the ranch on horseback with a cowboy friend of mine, Swanny Kerby, to check on his cows. I had been there with Dad and lots of other people by boat. Mother’s brother, Uncle Roy, and Papa wanted to take a bull from the Moab valley to Williams Bottom Ranch by boat. Papa told Roy he wanted to take the bull to the lower ranch and that he wanted Roy to come and help him. They had the bull swim behind the boat. Papa told Roy to row the boat while Papa took care of the bull. The problem was that the bull wanted to be in the boat! The bull kept swimming closer and closer to the boat. Papa stood up in the boat with the halter rope in one hand and a willow switch in the other. Papa whipped the bull on the nose when it got too close and the bull would back off. Roy was scared to death because he just knew the bull was going to get in the boat, but it never did. They got to the ranch with no trouble whatsoever.

The ranch at Williams Bottom had an adobe house, a nice spring and a rock cellar. It was a way for Papa to make money besides his medical work. He didn’t live on the ranch, though. He lived in town to be available to his patients.

The way they got the irrigation water to the ranch was with a paddle wheel. The river current turned the wheel and the wheel brought the water up to where it could run into the ditch and be used to water the crops.

My father was born in 1853 in Missouri. He grew up on a farm near Vandalia and Curreyville in Pike County. In 1874, Father was riding a horse away from the farm and ran across a herd of cattle heading west. He talked to the owners, Tom and Ed Stark, of the now famous Stark Nurseries, from Louisiana, Missouri. They were driving their cattle west. Father hired on with them as a cow hand to drive the cattle to Elbert County in the Colorado Territory .He raced home and told his mother he was going to Colorado Territory. He grabbed a few clothes in a flour sack, raced back to where the herd was and went to work. They carried guns in those days in case they had to shoot a cow and to hunt buffalo, antelope and rabbits to eat. They did whatever they had to do to survive. Dad had an old cap and ball muzzleloader gun, a pre-civil war Henry Rifle. He remembered the Civil War. He was just a kid, but he recalled the raiders camping in their woods.

On the drive West, Dad got the measles and had to ride in the chuck wagon for a couple of days. They put a bandana over his face to keep the sun out of his eyes because they knew sunlight would damage the eyes when a person had measles. It was hard to keep the bandana over his eyes the whole time. It slipped off now and then, so his eyes did get damaged somewhat.