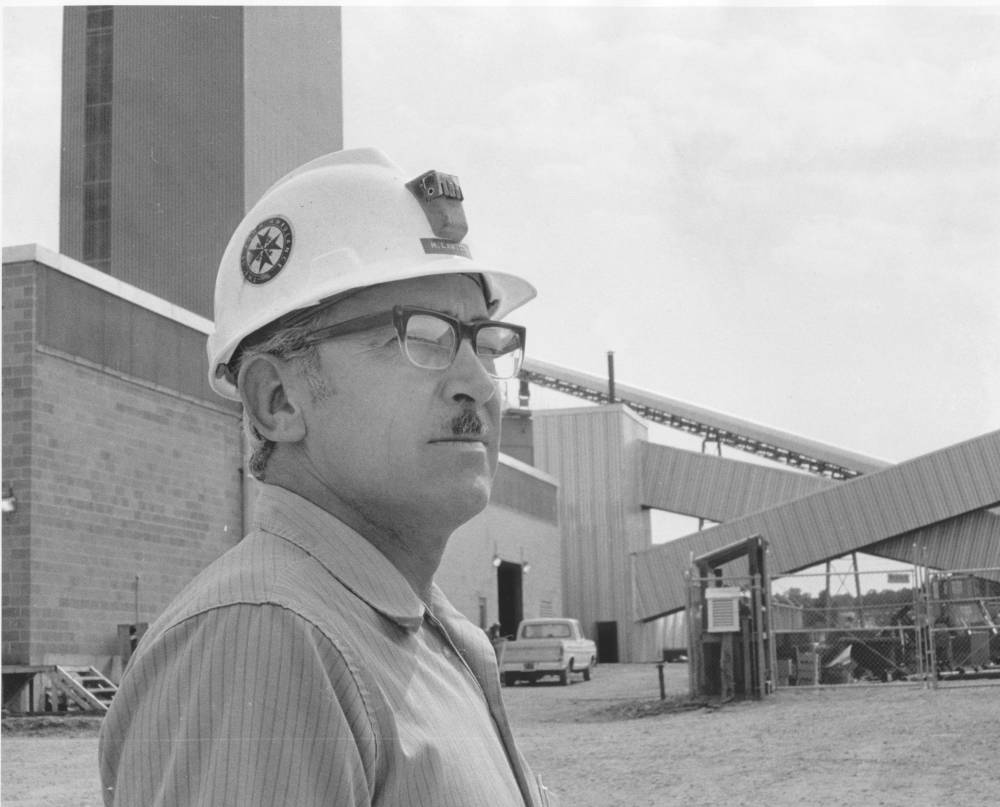 Merv: This is Merv Lawton. In 1922, I was born in Cape Town, South Africa. I did all my schooling, private school, preparatory school and high school in Cape Town, which is right at the southwestern tip of South Africa. About the time that I was finishing school, World War II was starting. I was too young to join up at that time and my parents did not want me to join up.

I had decided that I would go to University and do a course in mining, engineering and geology and I went to Johannesburg to the Witwatersrand University, as it was one of the premier mining Universities in the world, it and McGill and then Rolla in the United States, but I could not stay there with the war going on. So, before the end of the year, I made arrangements to join the South African Air Force. I went back to University until the end of the year, wrote my first year exams, and then joined the South African Air Force in Pretoria, South Africa. I then went through the various stages of training and graduated with my wings, then moved to a camp where we waited to go North. A number of us were asked whether we would like to go to North Africa or go to England.

Most of us felt that England would be the place to go if you were interested in fighting because we thought that something would happen from England, either going overseas into Europe as they did or the Germans making an effort to come into England. However, there was no South African Administrative staff in England so I was seconded to the Royal Air Force to serve under their direction. Unfortunately the boat that was meant to take us to England was sunk on its way into Cape Town. They did not know when there would be another boat to take us over so they said, “Well, you’ll just have to go up North.” Okay, that’ll do fine. Then they said, “Well what do you want to do now? You are seconded to the Royal Air Force. Do you want to desecond?” The majority of us again said “no” because we believed that being in the Royal Air Force and being on a Royal Air Force squadron we would probably get the latest aircraft before the South African Air Force would get them. So we went up North and did more advanced training in North Africa, serving with the Royal Air Force at that stage. The Royal Air Force had a special training program and we had all different nationalities on the course. There were Canadians, South Africans, New Zealanders, Australians, Rhodesians- it was a real mix. This was great because you got a lot of different opinions from all over the world and it was a happy family.

I went to Italy and participated in the Anzio landings out of an airport near Naples. We gradually moved North and eventually I was with a squadron that alternated between the East coast and the West coast of Italy, depending on where there was going to be a major push. We did some work for the covering of the South of France invasion because the Spitfires of our squadron were special high-flying models that could get up to the altitude of the German reconnaissance planes that were taking photographs of the West coast to see what was going to happen in terms of an invasion and when it was going to come.

Q: Were you a pilot?

A: I was a pilot. The Spitfires were a single-seater. You don’t have another helper in there. You’re on your own. I stayed on the West coast for the South of France invasion and it wasn’t too long after that that the War in Italy and France terminated and I, at that time, was at an airport in Venice. I stayed on there at the request of the Air Force to manage that field and all the movement of troops coming into Venice (mainly the American troops seeing Venice and that area before coming back to the United States to be released from the service).

Q: Back to the United States?

A: Yes, There were a lot of the American forces on the West coast and the Allies … British forces, South Africans and others … were on the East coast. The American High command offered to let some of the troops from the Western side come over to the East side and see places like Venice before coming home. I operated the airport that handled all those planes coming in with all the tourists.

Q:Well, did you go to the United States?

A: No, no, I was in the airport in Venice. I was then on my way home and moving down to southern Italy when a number of the people that were in the base camp on the southeast coast of Italy – South Africans also about to come home – were able to get permission to go up to northern Italy and have a look at it before they came home. So I joined them because I knew the north area pretty well from the various airports that I’d been stationed at. Well, we did a little bit more than we were supposed to do. We forged papers saying, “Please allow so-and-so and Major so-and-so and Major so-and-so and Major so-and so to get through to their destination. They are on a very special operation.” Well, that helped us. It got us right through Northern Italy into Germany to Berchtesgaden. We went further north. Managed a few trips to Berlin, made a little bit of money there to keep going by helping the Germans in Berlin getting some liquor from the British zone.