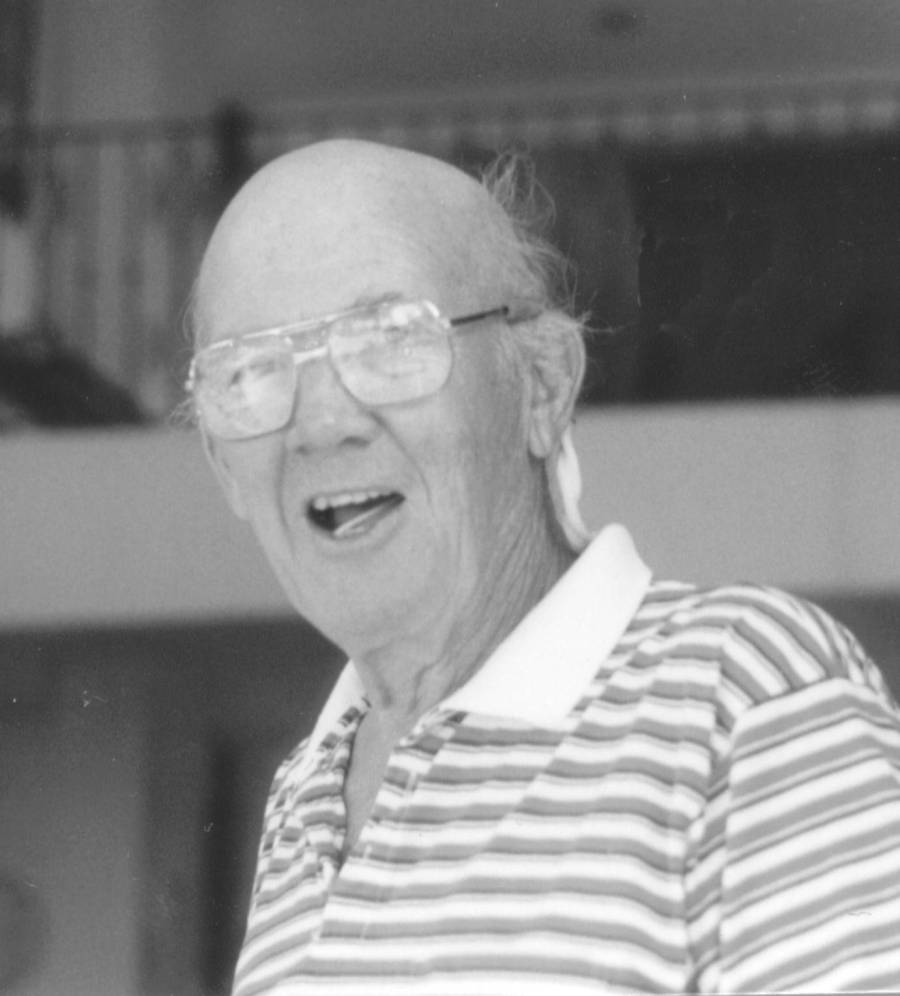 Jean (J.) Tell me about your family, your profession.

Lloyd (L.) I was born in 1920 in Toledo, Ohio because my Dad was there working at an auto plant, Willys-Overland or something like that. I only spent about three months there. I grew up in a little town in Illinois called Spring Valley, or as the local Italians called it “Spring-a-da-val.” It was an old coal mining town that by the time of the 20’s and 30’s when I was growing up, it was already dead. But there was one mine, number three, that was about three miles west of town that was still in operation.

My mother was of English and Cornish extraction. Her dad had been a miner and then he and his brothers went into the zinc mill in LaSalle, Illinois, six miles east of Spring Valley, where she grew up. My dad’s parents were Swedish. My great grandfather and grandfather were farmers but granddad got into the grocery business. Great granddad was kind of a religious fanatic. He started his own church in Princeton, Illinois, which is still going. It is sort of a missionary-type church. And that is the background that I came from.

The town that I grew up in was about 5,000 people. It was a company town and a lot of the houses that I used to deliver papers to were just regular little shacks. They were little bungalows that the company had built for them and over time the miners would buy them and fix them up.

As a kid I spent a lot of time in the woods. My pal, Eddie Thompson and I, even had a natural garden, bringing in plants from out in the woods. It was at the base of my dad’s cinder pile, where he piled ashes from the furnace. I am certain the garden did well because of the potash from the ashes.

One of my routines was to go to my grandmother’s house, my dad’s parents, and look through all the stuff in the attic. It was a big old Victorian house that had all this junk. My grandmother saved everything. The old letters fascinated me and my granddad did a lot of traveling. I remember he had been to Salt Lake City and brought back a Book of Mormon. He had a glass cane he had gotten somewhere. My first museum was in my house at the east end of town displaying these and other oddities. My bedroom had a closet that was underneath the eaves and this is where I had the museum.

J. How old were you then?

L. Probably about 10 or 12. This is about the time of the 1933 Worlds’s Fair in Chicago where they had the Science and Industry and the Natural History Museum. Along the line in my reading I got into archeology. There were two books I remember. One was written by Ann Axtell Morris, “Digging in the Southwest,” which is a classic; the other was the “Romance of Archeology,” by McGoffin or something like that. And of course everybody wanted to know, “What are you going to do in life?” I was never interested in the prosaic like working in the telephone company or the drug store or up in LaSalle at the Westclox factory or in Ottowa at the glass factory. Those were the big employers. Fortunately, in Junior College, I had a Chemistry prof that took us to these factories and it really turned me off. I couldn’t believe these poor buggers working like that. My favorite memory is the watch factory. They had ratchet screwdrivers hanging from the ceiling and these big Polish gals would be working on a Big Ben about four inches in diameter going, BAM! BAM! BAM! And they’d turn the bell on and put it on the conveyor belt and they’d go off in the distance. I can still hear the bells ringing off in the distance. Hundreds of them.

J. Where did you go to school?

L. I went to Junior College after High School: LaSalle-Peru-Oglesby Junior College. It is now a community college in the nearby town of LaSalle. I was thinking I’d like to be a scientist so I took chemistry, mathematics (lousy at it), I did pretty good in the history courses. Sociology, dumbbell English, the whole gamut, but I finally got out of there. Next I went into a CCC Camp. There I sent for information from the University of Pennsylvania on courses in archeology.

I came home from the 3 C’s and ran into a high school buddy of mine. Fellow by the name of Ross Johnson who was from the little town just north of us. His dad was a railroad engineer. He asked what I was figuring on doing. When I told him about Pennsylvania he said, “Why don’t you come down to the University of New Mexico where I go to school? Good anthropology department.” I said I wanted to be an archeologist. He said that’s what you have to study, anthropology. It’s relatively inexpensive and they need people from outside to make a better mix. His aunt, Frances Johnson married an Indian trader named Newcomb. She lived out on the reservation until her kids were old enough to go to school. She moved to Albuquerque and lived near the university there. Ross and his older brother had both gone to UNM because she took care of them. Ross sounded good so I got everything organized and off I went to UNM to become an archeologist.