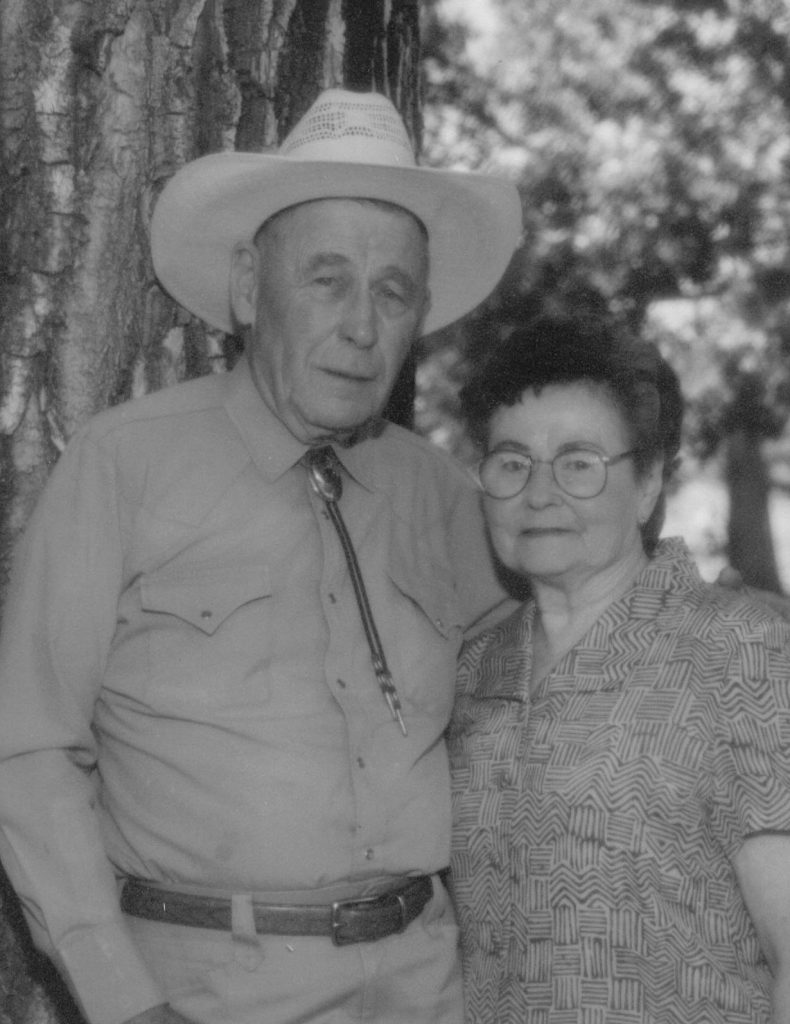 John Keogh: I thought I was born in Plymouth, Michigan, but Mary tells me I was born in Detroit too in the hospital there. And my folks lived in what in those days was called a “house wagon” on a construction site. It was the forerunner of a house trailer except it was just a wagon with a house built on top of it and that was my first home. And that was in Wayne County, Michigan, and the town of Wayne is where I grew up, spent my summers on the family farm up in St. Clair County, and then I lived in Wayne, Michigan, for a couple of years after the War.

Q: What did your parents do? What business were they in?

John: My father was a highway engineer and a surveyor. He worked for the road commission there and before that he worked on construction surveying.

Q: An Irish name but you’re far removed from Ireland.

Mary: No, my father’s father came over from Germany when he was 17 but he was the only member of his family that came and he went right from New York to Saint Louis because he had a job waiting for him there. He was a stone mason and neighbors of his family in Germany had migrated to the U.S. and lived in St. Louis and so my grandfather’s former neighbors in St. Louis had gotten him a job there. My heritage is German, English, and Scotttish from both my parents.

Q: So did the two of you get married out of high school or when?

Q: So you were in the Service?

John: I went in the army after I got out of high school. That was in ’42 and then I got discharged in ’45, right at the end of ’45. It was a couple of days before Christmas that I got out. I was in the Pacific for better than 2 ½ years. Went to lots of islands.

Q: You saw a lot of action?

John: Well, certainly some. I saw a couple of island paradises where there wasn’t anything going on. They were nice. And then I saw some pretty miserable places too. I should have been a sailor because they shipped us around so many times. Many soldiers in the Army went to New Caledonia. That was the staging area and there they’d assign you to outfits that needed new troops (replacements). Then after we would go somewhere, we’d go back there and get re-supplied and get rested up and so forth. And I went there three times. I was at British Samoa and America Samoa. Those are real nice places. And I went to what they call the Bismarck archipelago. There I was at the island of Emirau island, and later at Tinian in the Mariana islands and Iwo Jima and then they sent us to Okinawa. About the time the War got over, that’s where we came home from.

Q: So I know you’re still real active in the Veterans’ Association here in Moab

John: Well, in the American Legion. I used to belong to VFW but I don’t anymore. But in the legion the only activity we really have is burying people. We’re the firing squad, you know. And we’re running out of “firers.” But that’s about the only activity. They say those guys are cashing in at about 1800 a day or so, the veterans of the second war.

Q: After the War you went back to get married? Or that’s when you got reacquainted?

John: I guess she’d just finished school about a year after I came home and then I started school at Michigan State Normal College and I went to it three different times for just a semester or so and then I went to work and soon we got married.

Q: What school did you go to and what did you major in, Mary?

Mary: I graduated from Mary Grove College in 1946 right after he got home from the service. I worked in a VA hospital in a lab. I worked there for two years until where I lived wasn’t going to be convenient for me to keep on working there after marriage.

Q: When you got married did you stay there in Michigan for awhile?

John: I built a house out of an old horse barn. We lived there about a year. We left there in ’49, I think, didn’t we? I had a job with a construction company there and then I…

Mary: We left there for him to come to Colorado to go to school.

Q: I was wondering, didn’t you go to school at the School of Mines.

John: I went to the School of Mines but then in ’50, that’s when the Korean War come along so I signed up in the Army again. And then I got stationed in South Carolina and Mary came down. We got out of there in about a year.