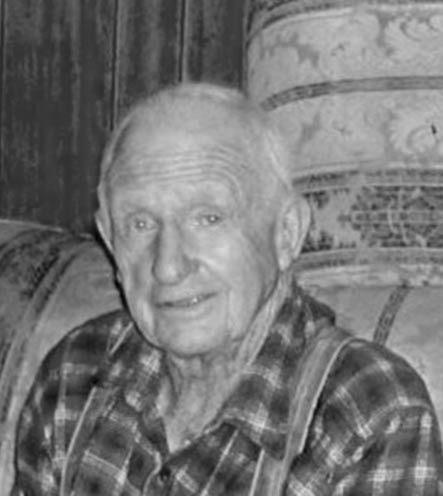 Interviewed by Jean McDowell, December 2003, at his home in Moab, Utah

Q (Jean): What is your specific reason for being in Moab? Were you here ahead of the (boom) time? What brought you here?

Q: Start at the beginning, where were you born?

A: I was born in Grand Junction; raised up in DeBeque, Roan Creek Country. Have you ever been up that way?

Q: I’ve been to DeBeque and gone up that canyon, some hiking around there, but it’s been awhile.

A: That creek runs back in there about 50 miles.

Q: We went up on Garfield and then up where the coal people are, that canyon.

A: That’s before you get to DeBeque. I was born in Grand Junction and raised up the creek about 12 miles out of DeBeque.

Q: Was this a ranch you were on?

A: Yes, it was one my grandparents homesteaded back in the 1800s.

Q: Their name was Baker?

Q: You grew up in DeBeque?

A: I went to high school there; that was all. I never lived in Grand Junction.

Q: Hi, Shirley! (Dave’s wife) Were you one of the few people born in Valley City?

A: Yes and she died recently, in June.

Q: Shirley, do you remember anything about Valley City?

Q: We have a picture of Verda riding backwards on a horse. So, Dave, when did you meet Shirley?

A: Up at DeBeque, we went to high school together. They moved from Valley City about 1935 up to Roan Creek Country.

Q: Did you marry right out of high school?

Q: Did you come to Moab then?

A: No, we got married on the 26th of November, 1945, and I went to work up there for the Whatley Ranch, one of biggest ranches there. He was a multi-millionaire. He had the biggest spread up there at that time. I knew his ranch pretty good.

Q: Was that in the Roan Cliffs?

A: Well, it was the Roan Creek itself, actually a tributary off of Roan Creek, Kimble Creek, he controlled about all of it

Q: What did you do on the ranch?

A: Oh, I did everything, ranching, farming and a lot of cowboying. That’s one reason he hired me. The first year I worked for him, he got 450 of those Mexican steers, longhorns. It was quite interesting; twelve carloads of them came into the stockyards at DeBeque on the train. We branded them before we took them out of the yard, so he got my dad and my half-brother to help us – there were about 4 or 5 of us. We were going to run them through the chutes at the stockyards to brand them. They were so skinny and thin we couldn’t hold them in the chutes so we had to down every one of them and brand them. It was a 3 or 4 day job getting that many branded.

Q: Were the longhorns a problem?

A: Not really. They were all colors and all ages, I think.

Q: Why did they ship them up there?

A: The old man had a guy buy them for him down on the Mexican border in old Mexico.

Q: Are they good meat?

A: Oh yes, he said he made quite a bit of money on them, bought them cheap. Then the price went up and he put quite a lot of growth, weight, on them. We just ran them one summer is all. We trailed up to the ranch and put them out on the mountain. I’ll bet we put some of them up on the mountain 2 or 3 times. They’d just go everywhere, a different kind of cattle. We even had to come there north of Fruita on the Douglas Pass road and pick up some of them that went off down in that country. We accounted for every one of them that fall, that 450 head. They had come down off the mountain and down into Salt Creek country. We had to go down there twice and pick them up in trucks. We shipped them that fall.

They put up quite a bit of hay up there, and they had cows besides, cow-calf outfit. He had range over on another mountain there and I had to go over there and ride every fall and some in the summer.

Q: How did you happen to leave the ranching business?

A: It didn’t pay enough money – $125 a month, and they never did give me a raise in all the time I was there. No benefits. It was a pretty tough outfit to work for. They furnished me a house at the ranch.

Q: Shirley was there, and did you have any kids there?

A: We had one while we were there. You probably met my youngest son. He lives here in Moab, Stan. He worked for the state for 14 years. State Lands. He’s working for the Wild Turkey Federation now.

Q: So you moved over here to make your fortune?

A: No, I worked there 3 years and never got any raise. I just thought I could do better if I got out of there.

Q: You mentioned 1945. Did you get involved in the service at all?

A: They were after me for sure, but I had a bad knee. I got hurt while I was going to high school. I made I don’t know how many trips to Denver for physicals, but they put me in 4F. I’ve never had any surgery done on my knee. That was before I got married, then after we got married, they sent me to Cheyenne, Wyoming in 1946. This was after the war, and they checked us 4F’ers out again, and they put me back to 1A. Then old man Whatley, he was up in politics pretty good, he said, “Do you want to go into the service?” and I said, “No, not now.” The war was over and I was married, so he said, “Don’t worry about it.” And I never was bothered any more. He took care of that. I just went up to Cheyenne for the physical for the Army.