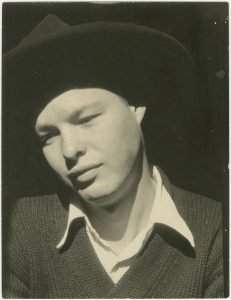 Block Prints by Everett Ruess is a Utah Department of Arts & Museums’ traveling exhibition which includes a selection of block prints created by artist and writer, Everett Ruess, depicting his travels throughout the western United States in the early 20th century. Running from November 11th through February at the Moab Museum, the prints included in the exhibition are among those he created during the five years period prior to his disappearance in the Escalante canyons in 1934, including travels between the Californian coast, the Sierra Nevada Mountains and the canyonlands of Utah and Arizona. 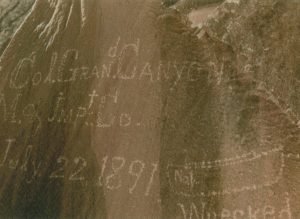 Butch Cassidy was Here: Historic Inscriptions of the Colorado Plateau

A treasure trove of photographs from across the region documented by rock inscription experts and backcountry adventurers James Knipmeyer and Mike Ford. This exhibit weaves together the records left behind by trappers, traders, missionaries, government expeditions, cowboys, outlaws, homesteaders, explorers, and others. 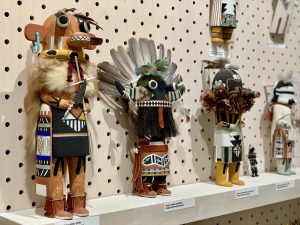 To the average non-Native, “kachina dolls” are a beautiful representation of Southwest Native American culture. To Hopi and Zuni people, however, Katsina carries deep meaning. The symbolism inherent in these objects, which are commonly sold as souvenirs, is complex and dates as early as the mid-18th century. 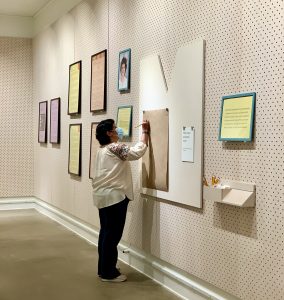 As the coronavirus pandemic brought the world to a halt in the early months of 2020, Moab resident Mónica Piñera sought to capture the stories arising around her both here in Utah and in her native Mexico. 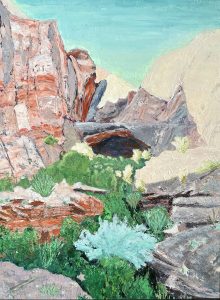 William Grandstaff was an early settler of the Moab region- a Black cowboy and frontiersman who once ran cattle in the canyon we today call Grandstaff Canyon. His story has long captivated imaginations and elicited speculation: what would his life have been like? Where did he come from before Moab, and what was his life like after? How would his racial identity have impacted his life experiences as a frontiersman?