Spirit and Grit: Ranching in Canyonlands

Thousands of years of human history have unfolded across the Dead Horse Point State Park landscape. The Park's name originates from its storied ranching history. One legend claims a group of cowboys cornered a herd of wild horses on the point. The horses, in a frenzy of exhaustion and thirst, could see and smell the water below and leapt to their deaths.

Take a look back in time at this colorful chapter of regional history—and learn how cattle hands survived in Canyon Country: Did cattle hands really camp for months? What happened before cattle ranching? How did they raise babies in the desert, much less thousands of cows? What about cowgirls? 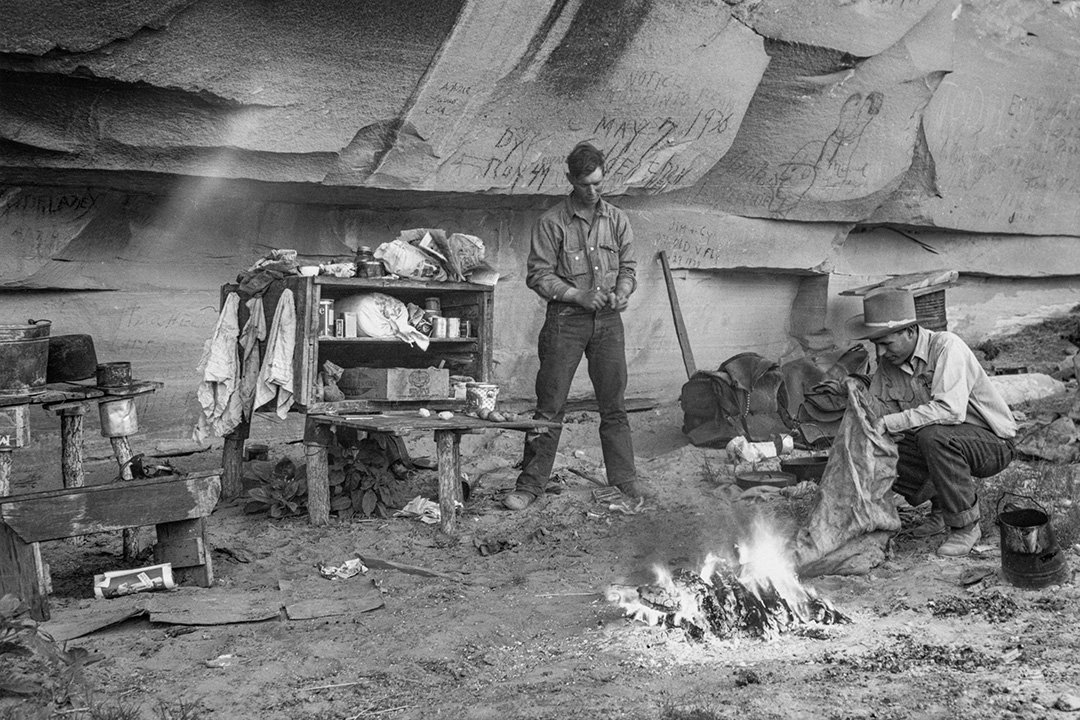 Ranch life in the American West conjures idyllic landscapes, traditional values, and recognizable iconography. Some recall childhood heroes from film and others dream of freedom from urban congestion. Whatever the term "ranch" summons for you, the landscapes surrounding the Colorado River in Southeastern Utah challenge all perceptions of ranch life. 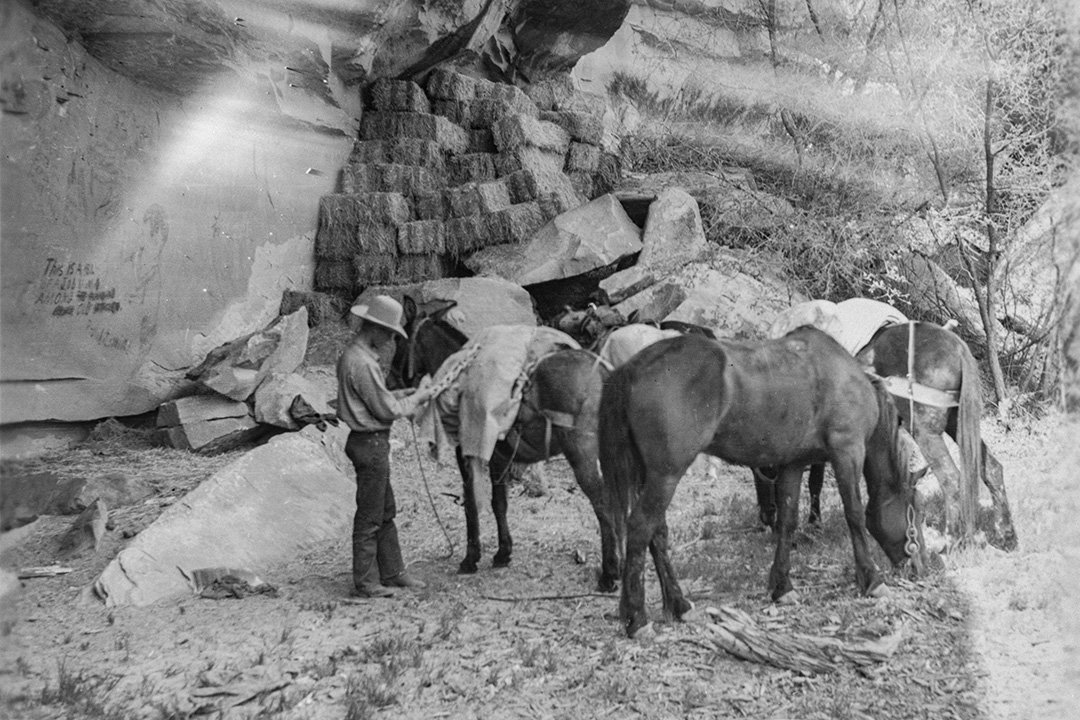 Shelter; /ˈʃeltər/ | "something that covers or affords protection."

If you stand at the edge of Dead Horse Point on a clear day, straining your eyes to the South, in the far-off distance you may catch sight of Beef Basin, a place named for the 19th Century cattle operations that would fatten up their stock on the basin's native grasslands before driving them to the Green River Stockyards to be sold for profit.

Long before it became known as Beef Basin, with cattlemen and cowhands driving cattle through the canyons, Native Americans thrived for thousands of years as an agrarian society, utilizing the naturally occurring rock shelters and alcoves for shelter and grain storage. By the late 1800's, cowboys, outlaws, and government treaties had forced the last remaining bands of Paiute, Ute, and Navajo to take advantage of the same unique features. Women on the Range

The narrative of cowboys riding the range is so ingrained in us by popular culture that the idea of women as cattle hands (rather than token sideshows) seems implausible. Filmmakers like John Ford have distinguished this region with iconic portraits of Western life, but what those films didn't feature was the cowgirls of Canyonlands. 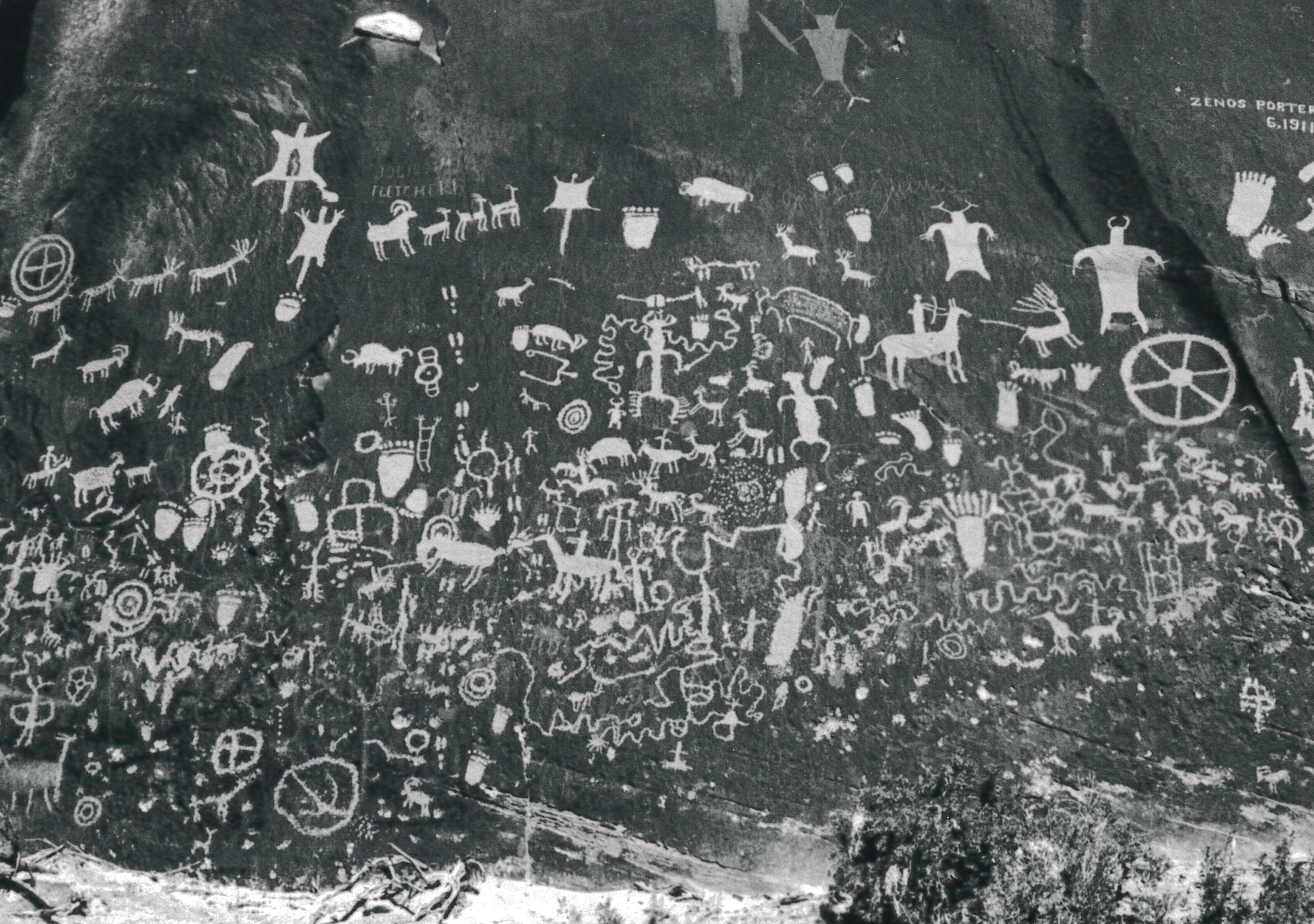 Humans have called this landscape home for millennia. The long history of southeastern Utah includes many distinct cultural groups across time, beyond just the four named above. We are most familiar with the Ute, Paiute, Hopi, and Navajo due to the accessibility of their shared written and oral histories. Utah is named after the "Yutah" people, which is what the Spanish called the Ute (Noochew) when they explored the region in the 1500s. The Ute comprises numerous bands from across Utah and Colorado: including the Muache, Capote, and the Weeminuche, or Ute Mountain Ute in southeastern Utah.

The Moab Museum is proud to collaborate with Dead Horse Point State Park and The Museum of Film and Western Heritage to utilize the Park's visitor center to exhibit Spirit and Grit: Ranching in Canyonlands. Display materials such as pedestals and cases were acquired through support from our local and regional communities. Collaborating with our partners, members, and donors makes exhibitions like this possible to share stories about this incredible region with a worldwide audience. To support the curation of exhibitions and future programming by the Moab Museum, please consider donating and/or becoming a member.

Spirit and Grit takes visitors through a journey of the Moab area from a perspective rarely told. See for yourself!

Acknowledgments: A special thanks to Mark "Gene" Beeson, longtime local and local historian, for his professionally researched and constructed cow camp, Elise Park and the Moab Museum of Film and Western Heritage, and the staff at Dead Horse Point State Park for hosting this exhibition by the Moab Museum.