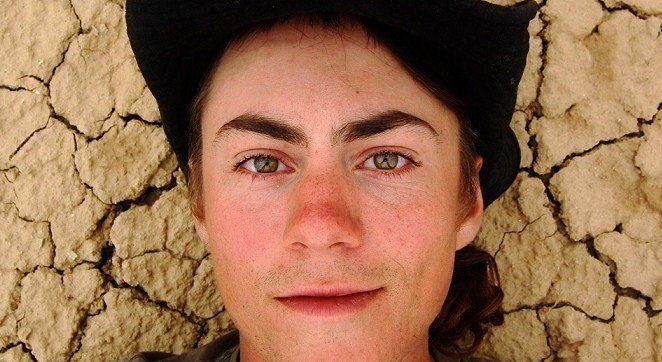 Canyon Country on Strike: Coal Miners, Labor Unions, and Women in the Workforce in Eastern Utah

A discussion with Christian Wright, author of Carbon County USA: Miners for Democracy in Utah and the West about the history and legacy of labor in Utah.

This was an online event.

Join author and historian Christian Wright for a conversation about the history and legacy of labor in Utah. The author of Carbon County: Miners for Democracy in Utah and the West, Wright and Moab Museum contributor Christy Williams-Dunton will explore the topics of labor unions, mine workers, and women in the workforce—and the implications of labor revolution here in Utah today. In our local community and across the country, we continue to face significant changes in our economy. This discussion will provide context for our current moment, and illuminate the broad reaching effects of organized labor on both Utah’s history and our lives today.

“Labor history in 2019 is not an esoteric tribute to bygone worlds or an academic subculture speaking an obscure language and trading union memorabilia like pogs or baseball cards. Industrial democracy can be whatever we make it. If we are today so clearly confronted with the fact of its collapse, perhaps we might also begin to start rethinking its origins, its orthodoxy, and its future.”

Christian Wright is a historian, interpreter, and explorer of the Intermountain West and Colorado Plateau. Born in Atlanta, Georgia, he has lived and worked primarily in Utah, Colorado, and Arizona since 2008. His diverse professional background includes many years in the music industry, regional restaurants and ski resorts, commercial river running, and public service as an NPS interpretive ranger and historian. He lives in Moab, Utah where he has been a volunteer DJ on KZMU since July 2015, and currently produces the weekly two-hour science fiction and electronic music-based program “Atlas 1984.” When not working as a boatman in Cataract, Grand, and Desolation canyons, his historical research explores regional mining, labor, environmental, and tourism history.

In 2006, Mr. Wright completed a B.A. in Political Science at George Washington University. In 2015, he completed an M.A. in United States’ history at Northern Arizona University, where he served as a teaching assistant and concentrated in public history, labor, environmental, and borderlands issues in the American Southwest. During this time, he collaborated with Vishnu Temple Press to assist in editing From Powell to Power: A Recounting of the First 100 River Runners through the Grand Canyon.His M.A. thesis, For This Union to Survive: The United Mine Workers of America and the Transformation of Utah’s Coal Industry, 1966-1985, used a regional case study to explore a pivotal decade in the transformation of power and control in American workplaces. Additional research expanded the scope of that project to produce his first book, Carbon County USA: Miners for Democracy in Utah and the West, which the University of Utah Press released in early 2020.

From 2014 to 2018, Wright worked as a seasonal interpretive park ranger at Arches National Park. In 2019 and 2020 he assisted in the establishment of a new river company in Moab: Mild to Wild Rafting. Currently he is engaged in an administrative history project for the National Park Service, and is producing a documentary film about river guides. He is a gardener, plays the saxophone, and has two dogs.

As a public historian, Wright is well aware of the controversies surrounding energy development, land management, economic inequality, and tourism in eastern Utah. Whether as a researcher, writer, volunteer, or interpreter, he looks forward to a rewarding career facilitating dialogue, understanding, respect, and inspiration between diverse audiences interested in building better futures.

At 423 pages, Carbon County USA is a major contribution to Utah and American history. Critically re-evaluating the New Deal and postwar eras, it celebrates coal miners’ triumph over exploitative conditions while recognizing the ultimate limitations of the UMWA and CIO models that began to falter by the late 1960s. Its regional focus upon the Black Lung and Miners for Democracy movements breaks new ground in western history, and its sensitivity to miners’ racial, gender, and generational identities illustrates the roles of nonunion miners, antiunion employers, ethnic minorities, women, and the unemployed who transformed an industry and a region during the great intermountain energy boom of 1974 to 1982.

Tracing the Story of William Grandstaff